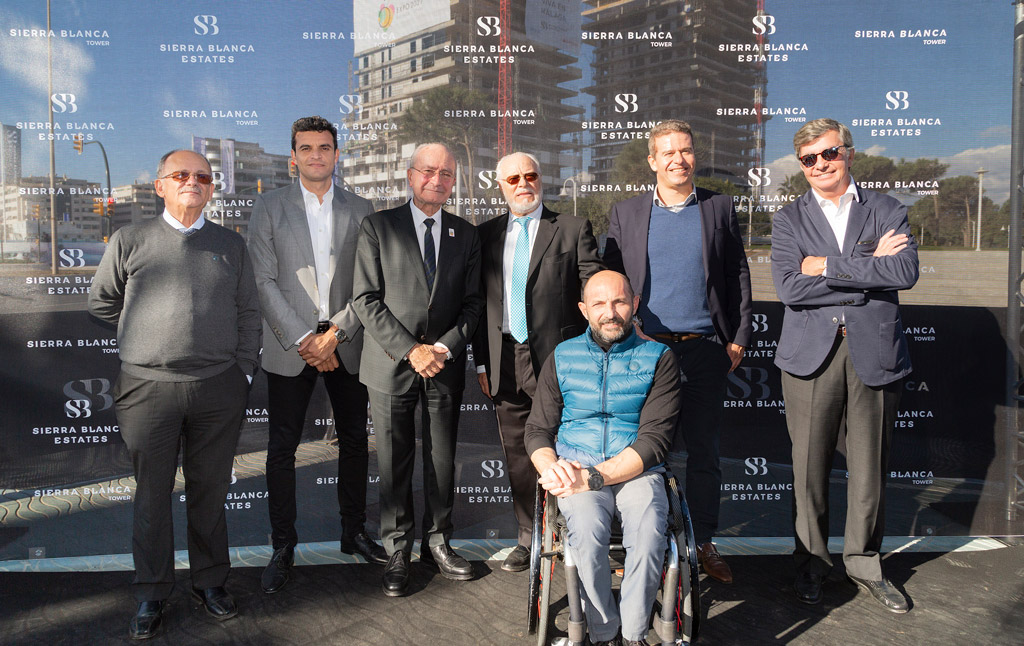 Topping out at Sierra Blanca Tower

Topping out at Sierra Blanca Tower

Today’s topping out ceremony at Sierra Blanca Tower marks an important milestone for Malaga as the city ramps up its bid to be the host of Expo 2027.

The Spanish flag flying on the 21st storey, the summit of this new residential landmark on Paseo Maritimo Antonio Banderas, doesn’t just announce that we have reached a major milestone in the building’s construction.

It’s also a sign of how – despite doubts from many quarters that there wouldn’t be demand for such a high-end project in this location – Malaga has arrived on the global stage as a luxury destination. And with Antonio Banderas and Rafael Nadal leading the city’s campaign for Expo 2027, the city is ensuring it stays firmly in the spotlight for years to come.

Joining developers Sierra Blanca Estates at the topping out celebrations are the project’s architect Carlos Lamela of Estudio Lamela, Malaga’s mayor, Francisco de la Torre, and select others who have been pivotal in helping this project come to fruition.

They will all see the huge banner on the front of the building that reads ‘Visit, enjoy, invest and live in Malaga’ – and it’s a message that high-net-worth buyers from all over the world have taken to heart. Even among the two thirds of buyers who are from Spain, the investment and lifestyle opportunity that Sierra Blanca Tower offers has been their introduction to Malaga. From overseas, there are high numbers of British and Polish buyers, plus others from Holland, the Czech Republic, Mexico and the US. 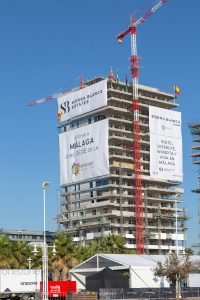 By this time next year, this pioneering residential project will be home to a truly international community in a city that is in the midst of exciting transformation. And that’s something we are hugely proud to be part of.