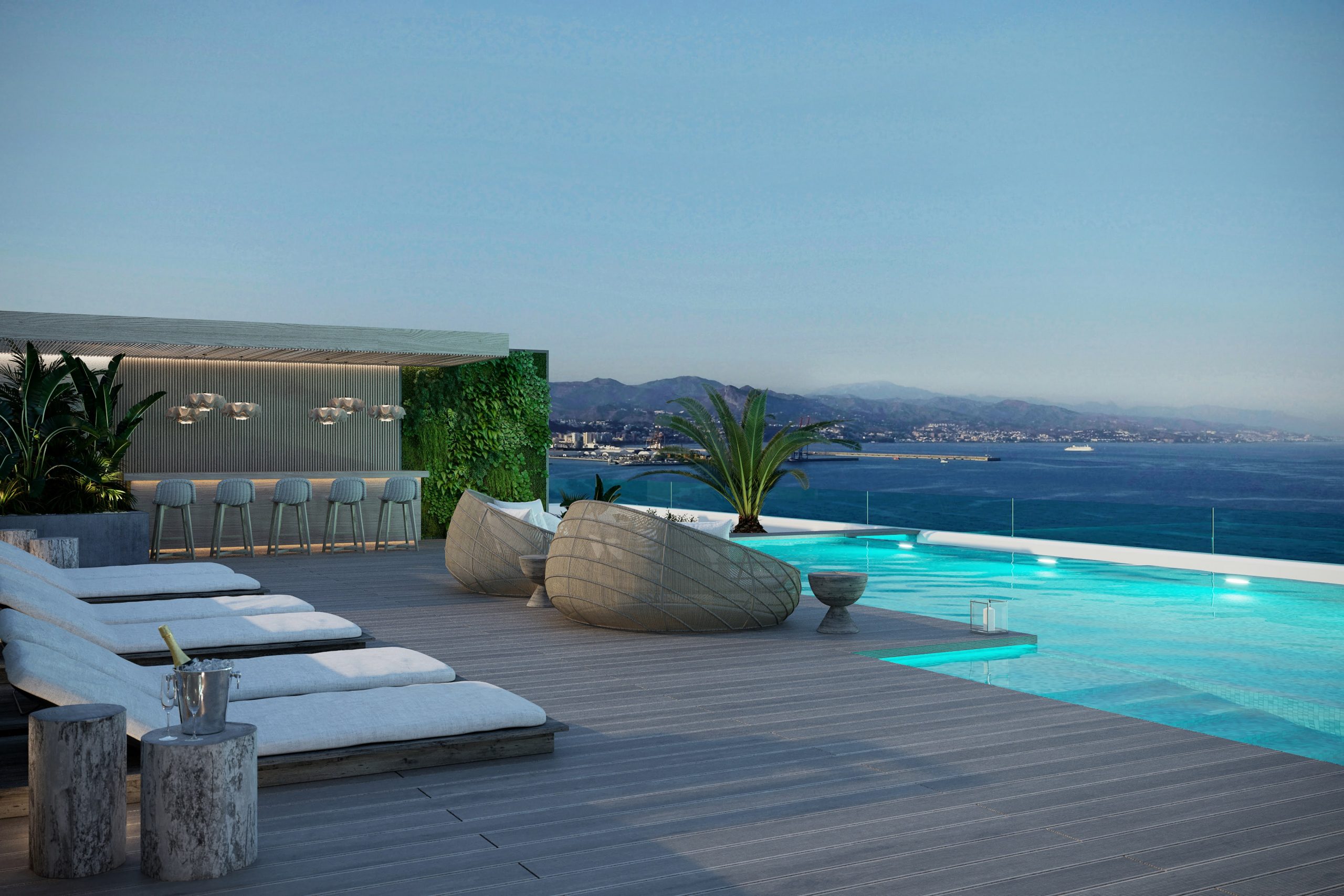 Sierra Blanca Estates has the approval of the necessary procedures to obtain its construction license for the first real estate project in the city of Malaga, Sierra Blanca Tower. The start of the works will take place in the month of March.

The developer from Marbella, with more than 34 years of experience in the sector, will market each of the homes in a personalized way thanks to the proximity of its team to the city.

Sierra Blanca Tower will have, among its 71 homes, units designed by large international interior design firms.

Sierra Blanca Estates chooses the Costa del Sol, and more specifically its capital, Malaga, for its new and ambitious residential project in which investors from all over the world already have their sights set. Sierra Blanca Tower, a complex of apartments and duplex penthouses, whose owners will enjoy privately, while they will have, exclusively, common areas and their own services linked to projects and international hotel brands 5 * Gran Luxury.

While, in the heart of Marbella’s Golden Mile, the developer, founded by Pedro Rodríguez in 1986, develops another real estate project; EPIC MARBELLA furnished by FENDI CASA, Malaga welcomes his landing for the first time.

With an investment close to 75 million euros, Sierra Blanca Tower will be the company’s project that redefines the luxury concept in the Malaga capital, thus revalidating the essence of Sierra Blanca Estates: creating unique lifestyle experiences at the forefront of real estate inside and outside our country.

The rate of sales of the first luxury residences within the Sierra Blanca Tower seems to accelerate in the last stages of 2020, adding, between November and December, a total of 12 new units sold, to those already awarded previously, reaching the sale of 40% of the total apartments of the project. An essential advance for the project that already has a construction license and will start in the coming months with the foundation and structure of its tower facing the Mediterranean.