At Sierra Blanca Estates we have interviewed Carlos Lamela, the architect of Sierra Blanca Tower, the central tower of the well-known project Malaga Towers. 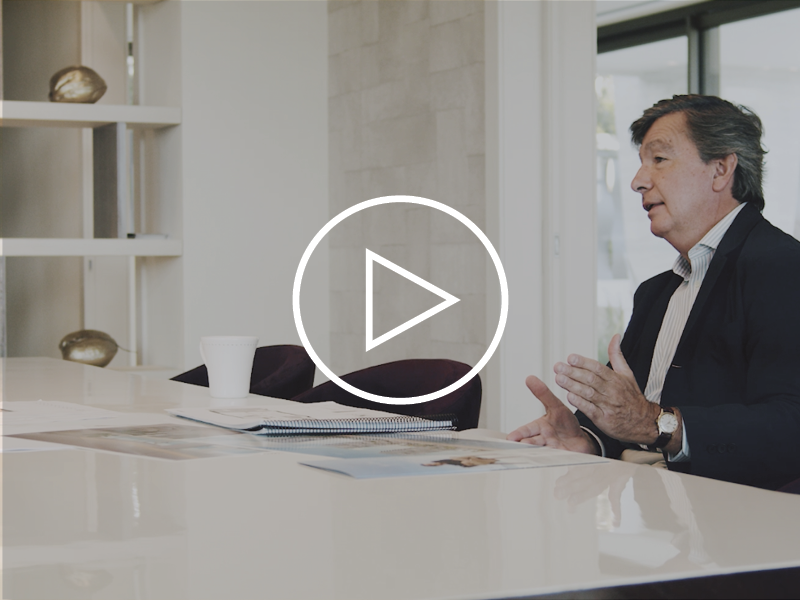 This project, I believe that it is not only the most iconic of the city of Malaga and the Costa del Sol, but I think it is the most iconic of the facade of the Spanish Mediterranean. I think it is a very important project and for me, and as an architect, it represents a unique opportunity. In addition, to return to a history of our study very closely linked to la Costa del Sol and the Spanish coast in general has been a huge satisfaction and we hope to live up to the circumstances.

I believe that any architect who faces such a significant plot, in front of the Mediterranean, and in a place so well related to the city of Malaga, the coast and the whole environment; being inspired is easy with these conditions.

Malaga is an exceptional city, exceptional for its history, for its position, for everything it has represented in the history of Spain. It is a city that had an industrial origin, but at the same time conversion to the capital of the Costa del Sol and a city of services.

In recent years it has also reinvented itself as a city in the world of culture. I think it is one of two or three success cases, not only in Spain but also in Europe and I believe that this is trying to respond to this line started in Malaga.  It also has to have a relationship with saying that we are working in one of the cities, at the moment, that really captain the new commitment of Spain and Europe to become places of reference.

Maybe in a year’s time, we forget, hopefully, what COVID-19 was because we are now very involved in the problem, but possibly in a few months, we will have forgotten it as we have forgotten all kinds of negative circumstances that humanity has experienced. But if we have to learn lessons, and I believe that per maybe the fact of quarantine has made us appreciate a series of elements that architecture had and from which we had forgotten what outdoor patios were like, terraces, ventilation, quality, open spaces, ceiling heights…  To this, I believe that really the COVID-19 can help us to make a reflection and value more these kinds of elements that we have in this Sierra Blanca project in a clear way because despite being a tall tower, we have large outdoor spaces. These are buildings that give good quality of life and also their users, which I believe is the goal, to feel happy and feel protected by them and their families.

Working with Sierra Blanca Estates has been very easy because I believe we share the values of excellence. Making good architecture is part of what it’s like to do a good project, but a project with capital letters is much more than architecture because it has to be an emblem, not only for construction, but an emblem for the city of Malaga, for the coast, and an emblem also for what it means to do things as they should at a time when Spain has to stick a jump, which in fact has already given it, to do real quality things.